We appreciate your trust.

Within the next few minutes, we are going to send you the brochure you requested. Be on the look: it should arrive in your inbox, coming from Gene@BastionInvestmentGroup.com. (Please whitelist this email address)

Please also check your spam folder. You never know if your provider flagged it.

If, for any reason, you do not receive the brochure, please email us or contact us through our contact page. 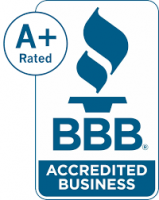